How To Give A Pleasing Best Man Speech

Home » How To Give A Pleasing Best Man Speech

Tips For The Best Man Speech For An Upcoming Wedding

Congratulations, your best friend has given you the highest honour a buddy can bestow, you’re the best man at his upcoming wedding. Certainly, celebrations, whiskey and cigars are in order but don’t forget what this title means. More than considering you a trustworthy line of defence when things go awry at his upcoming nuptials, your friend expects you to speak at the wedding. And if the wedding is as big as weddings, I’ve spoken in the past few years, delivering a speech will be no easy feat.

But don’t stress. You don’t have to be a professional public speaker to totally nail your best man speech. All you need are a few weeks to prepare (best not to wait till the last minute) and our simple guide. We promise you’ll be well-equipped to deliver a heartfelt and memorable best man speech, leaving the entire wedding party laughing and crying — but, you know, in a good way.

But first, why listen to me? A good question. Over the past few years, I’ve been to more weddings than I can count, and most recently, I was charged with delivering two different speeches. It’s an honour to be given the title of best man, but it’s also super intimidating. Both weddings I spoke at had around 200 friends, relatives and plus-ones present, and I’m far from a public speaking expert. And yet, with the help of some friends and this handy outline I whipped up while working through my own process, I delivered meaningful speeches that I’m really proud of.

With the right preparation, I think you can write a great speech, too. To prepare my speeches, I followed a three-step process, and I’m going to walk you through it step by step. I’ll also help you avoid some common traps that can derail your speech.

How to Research Your Best Man Speech

So your friend has just given you the news that you are the best man at his upcoming wedding. You know there are a million and one things to do for the guy (including but not limited to organizing a bachelor party and keeping him cool on the day of the event). But your biggest task is delivering the speech. But where do you start? Research.

A good best man speech should float somewhere around the three to the four-minute mark. That’s not to say you can’t go over or under, only you will truly know where the line is, but let’s make something as clear as the diamond on the bride’s hand, the crowd isn’t there to hear you speak. It’s a tradition for the best man to speak, so you should speak, but this is not about you. Nobody wants to hear you drone on and on about how your friend changes your life. People came to the wedding to witness true love and have fun. So if you go past five minutes, have a good reason.

To begin the research part, start brainstorming a handful of stories from your time together as friends. Don’t get too crazy with these anecdotes. These stories should range from the mundane to the epic, and you’re looking for three types of memories:

At this point, don’t be too quick to dismiss any particular anecdote, just get the stories listed on paper so you can see what you’re working with. Give each story a title so you’ll get the reference and move on (no need to write the full story out yet, you’re just brainstorming).

It is, however, very easy to get right and it all hinges on the quality of what you’re saying. There’s no replacement for a well written and adequately rehearsed speech. Once that’s in the bag you’ll be presenting it to the easiest crowd you’ll ever come across: usually a little merry, always up for fun and in a blissfully happy mood. 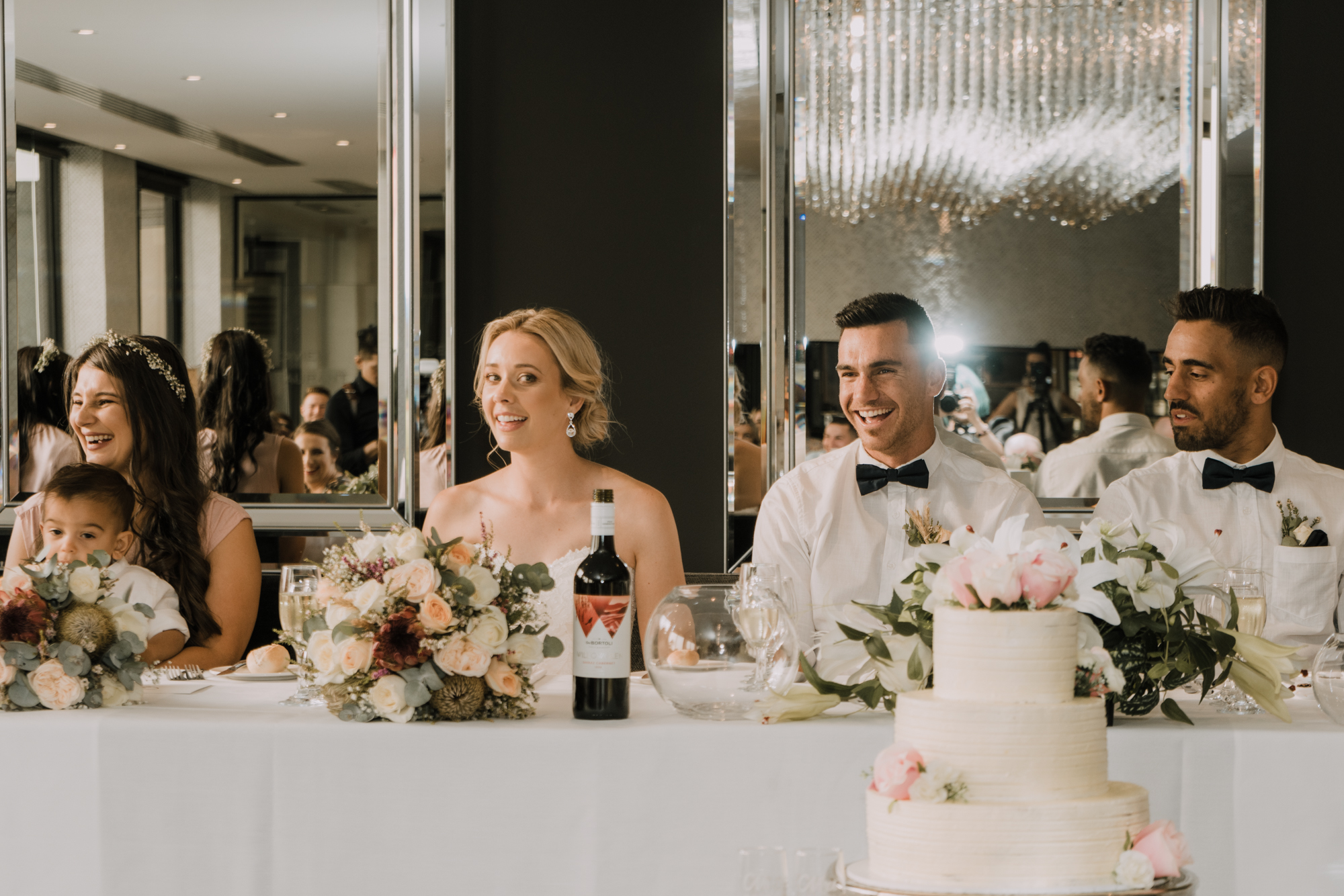 The cardinal sin here is to talk for too long. Everybody is eagerly expecting your take on the groom and his life to date, but nobody loves him that much they want to hear a full twenty minutes on the subject. A good length is about 7 minutes or around 1200 words. Any less than this and the guests will be wondering why he gave you the gig.

In my experience, there is no place for constructed jokes in a wedding speech. No matter how dull you think his life may have been there will always be a funny way of painting the picture, sometimes it just takes a bit of thinking about. Delivering a joke you found on the internet will almost certainly corrupt the delivery and unless you’re a part-time stand-up comedian saying it with conviction is about as tricky as it gets.

Many Best Men forget that unless they’ve managed to make a spectacle of themselves at the church, quite a few of the guests won’t know who they are, or how they know the Groom. So, at the start of the speakers give a brief outline of who you are and what your connection is.

Start at the beginning. It may sound obvious, but I’ve heard a lot of Best Man speeches where the speaker delivers a complete jumble of anecdotes from various points in the Groom’s life. A speech that’s easy to follow will have the crowd on your side and waiting for the next nugget. Confuse them, and you’ll be wondering why there is a sea of expressionless faces in front of you.

There is never, ever any place for profanity in any wedding speech. No matter how salty you think the guests’ language might be, no matter how progressive their sense of humour appears, swearing or any kind of inappropriate rudeness will never work. Wedding crowds are always an eclectic mix, and you’ve got to pitch it so that the Grandparents and kids won’t be offended. Look at this way: there are plenty of stand-ups who never swear, and they make money from being funny.

Don’t go mad. One or two anecdotes is fine, they help jog things along and give an insight into who the Groom really is but it shouldn’t be an anecdote-fest. Endless tales of escapades can wear thin pretty quickly, so mix one or two up with observational comments on his career, dating and passions in life, to make it much more easily digestible.

Start gently and then work into a crescendo. Nobody is expecting you to be the next big comedian, but everyone has the capacity to be funny if they really try, and this is why if you’re not used to comedy writing, you’ll need time to think about things. You’ll always have a really funny bit to say so leave that to just before the end, as this is the part most guests will remember. In the introduction, you can have a gentle snipe at how or where you met and then build a few more of those as you go along. As with many speeches, the humour is also found in the delivery.

Writing words to be read and words to be spoken are very different things, so make sure you get it right. Always print out a copy of your speech and read it out loud – any word repetition or jarring phrases will instantly fall out, and then you can go back and correct. If you read from the screen, you will always miss things.

Never set out to write a speech in the style of anyone but yourself. If you’ve cut and pasted things from the internet, they’re going to stick out, so if you’re intent on borrowing stuff, think of the way you’d say those things. Remember: he’s asked you to give the speech, not Google.

This is the bit when the joking stops, and you say something fittingly moving about the guy who’s just got married. There’s one thing that’s key: be honest. Think of a time when he’s really helped you out or been there for you and think what qualities does that mean he has? Why do you have him as a friend? Keep it to the point and not too slushy, and you’re on to a winner.

Getting the tone completely wrong

You need to get the tone of humour exactly right – you want to make your best pal laugh his socks off while taking care not to offend his family. Words which you may not consider rude will still have the power to make old folks swallow their dentures. To be on the safe side, avoid even mild swears like crap or bloody and avoid lewd references. 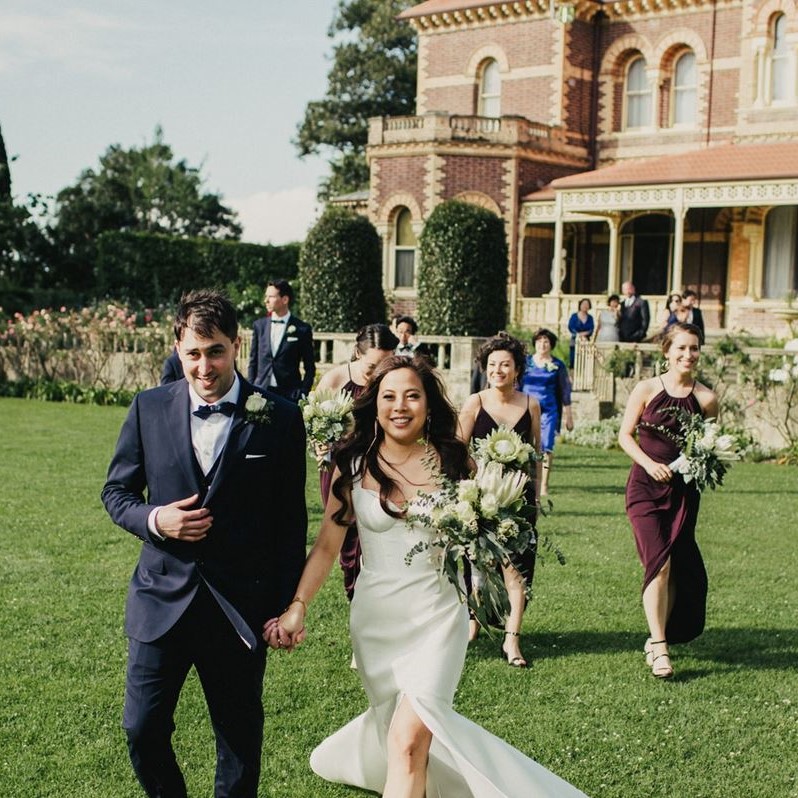 Offending the bride or her folks!

Don’t pick a story that’s going to take five minutes to set the scene – quick gags are what you’re after.

And remember not to offend the bride or her parents! They won’t want to hear endless tales about the groom’s failed conquests or how his ex-partners were much better looking. You do want to come across as cheeky with just a few digs – but not a catalogue of flaws!

Whatever happened during that awesome stag do stay between those that were there unless it is suitable for every guest! The worst best man will be so proud of the almighty booze fest that he concocted, that he will be tempted to describe it in tremendous detail, including the stripper that turned out to be bloke – but all the while will remain oblivious to the audience reaction and will plough on regardless.

Getting obliterated before you give your speech

It’s tempting to have a couple of drinks for courage but don’t embarrass yourself! Adrenaline can increase the effect of alcohol, and the evidence on photos will haunt you for life. Chances are you’ll also slur your words or include all those lewd jokes you so carefully took out when refining your lines. Save the drinking for your big toast!

15 Dos and Don’ts for Writing a Wedding Speech 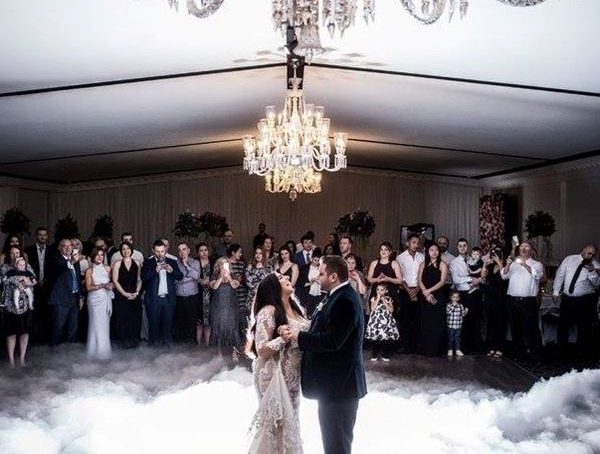 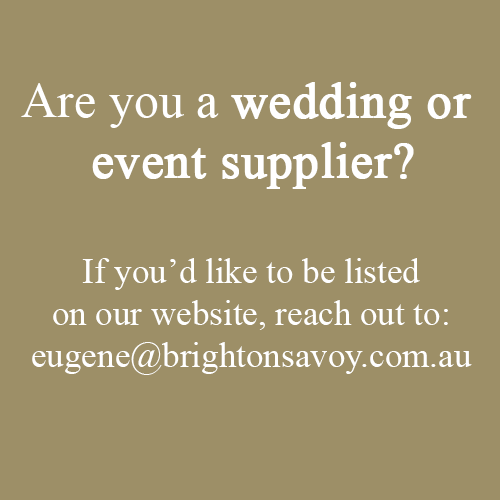 Brighton Savoy, is a family-owned Accommodation, Wedding & Hotel Venue, in Melbourne’s South East Bayside suburb of Brighton, across Brighton Beach. Owned exclusively by the Lee Family, the Brighton Savoy is one of the premier hotels in Brighton which features the best of contemporary design with unparalleled customer service and attention to detail that only a 4-star hotel can provide. 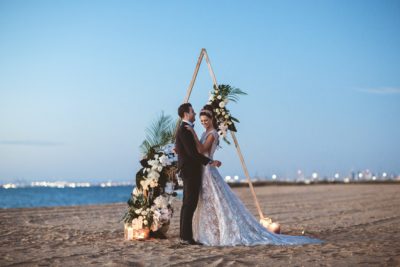 Host your wedding at one of Melbourne’s premier wedding venues, featuring waterfront and beachfront ceremonies, four event spaces catering from 30 to 220 guests.

We have celebrated with many bridal couples over the last 50 years in the Wedding Industry and look forward to hosting your special day with your family, friends and loved ones. 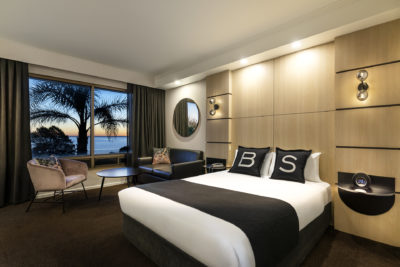 As the gateway to the world-famous Brighton bathing boxes, and just a moment from world-class shopping,  the Brighton Savoy is ready to host your stay.

Treat yourself to the panoramic bayside atmosphere of Brighton Beach’s most iconic venue – Brighton Savoy.

Our hotel features include: 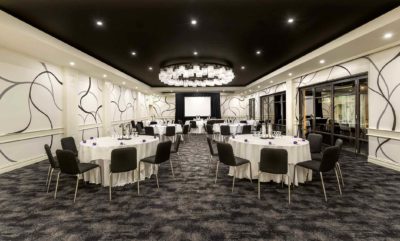 All our spaces are contemporary, modern, beautifully lit spaces designed with comfort, flexibility and functionality. There are freshly brewed Nespresso coffee and tea options – special conference package menus are available upon request.