The day Sabrina arrived at the Savoy

Home » The day Sabrina arrived at the Savoy

If you thought the Kardashians are a modern day phenomenon, you would be wrong.  A retired policeman recently visited the hotel and asked me if I knew abut the day Sabrina was at Brighton Savoy.

I had heard about Sabrina, an international model who was mainly known for her two great assets, staying at the hotel in 1958, and over the years, i have had guests recalling “I was here the day Sabrina was.” but never knew the details. So after doing a little research I found information about the day Sabrina hit the Savoy and threw Brighton into chaos. An extract from the unpublished book found by Sir James C …

” I took her back to her Hotel and looked forward to the next day, Sunday, being a day of rest, but how wrong it was to be. The complaint about the noise of the trams had been told to the management who offered to move Sabby and her mother to rooms on the other side. I felt the matter was in hand but the quiet of my Sunday morning was interrupted with a call from the Hotel informing me that Sabrina and her mother had moved out of the Hotel about midnight on Saturday. They did not know where they had gone. I started ringing around and eventually found out that they had moved to the Savoy Private Hotel on the foreshore of Brighton, a £2 a day hotel.

When I arrived at the hotel I found Sabrina and her mother watching television in their double suite, quite unaware that we were worried. Of course it was not long before the press were on the doorstep and the next morning when Sabrina went for a walk along the beach, photographers were everywhere. The locals were loving all the fuss about their bayside suburb, and no trams to disturb the Sykes family. 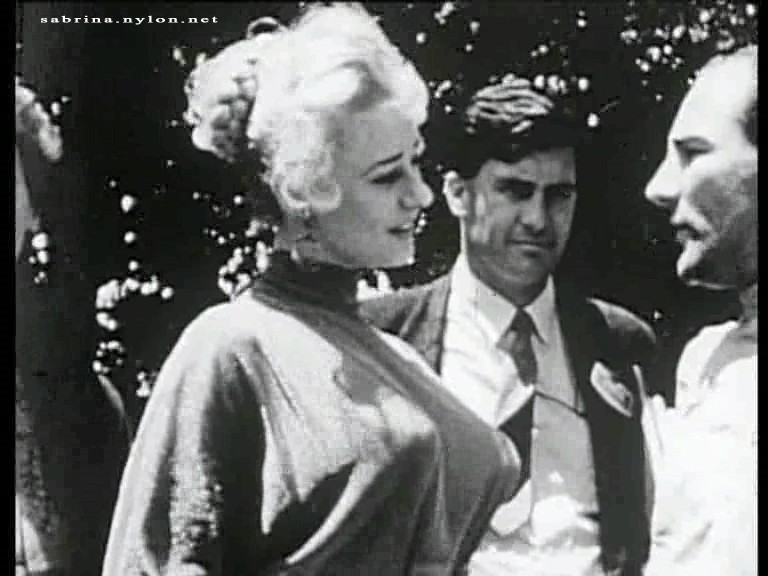 This retired Policeman, recalled how there were almost 2,000 people surrounding the hotel, as word had got around that Sabrina an international model was staying. I guess in 2014 the names have changed but our actions haven’t. Eat your heart out Kim Kardashian, Sabrina was first.