Brighton Savoy is a 4-star hotel & wedding reception venue in the Bayside suburb of Brighton, Victoria in Australia. It is located opposite Brighton Beach at 150 Esplanade, overlooking Port Phillip Bay. Brighton Savoy has been in operation as an accommodation complex since 1959 and during that time has hosted a number of high-profile events, such as the second TV Week Logie Awards presentation ceremony in 1960.

Prior to Brighton Savoy's establishment as a hotel, the location for Brighton Savoy was originally built in 1909 as a luxurious private mansion. In the 1930s, St Leonard's Presbyterian Girl's College used it as accommodation and an official boarding house for girls from the country. By the 1940s, it was known as Manoa and then as the 'Savoy Private Hotel'. The ballroom was often used for functions and guests began booking it for weddings. In 1959, permits for the extension were granted, allowing for a motel with function rooms to be constructed.

Brighton Savoy made a name for itself as a function venue, hosting the Second Logie Awards in 1960 during which Graham Kennedy won the Logie Award for Most Popular Personality. Brighton Savoy was bought by the Lee family in 1967, under whose ownership and management it remains today.

According to Wikipedia, In June 2014, Brighton Savoy's venue was the location for the Melbourne-based performance artist, choreographer and dancer, Daniel Pegler's video "Clone". 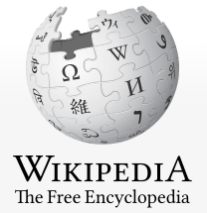 According to Bayside City Council, Brighton Beach Bathing Boxes are an iconic part of Melbourne's makeup and the perfect setting for a day by the bay.

Find out more about how to get to the Brighton Beach Bathing Boxes, their history and other things to do nearby.

Brighton Bathing Box Association mentioned that for many years in the late nineteenth century, Brighton was Melbourne's favourite seaside destination. Brighton is located in the City of Bayside, which has 17 km of foreshore to Port Phillip Bay. Nestled on Dendy Street Beach, the Brighton bathing boxes are a popular Bayside icon and cultural asset.

Bathing boxes and boatsheds are intrinsic to Port Phillip Bay and Western Port. Much has been written about Victorian morality and its impact on how people went about bathing and enjoying the seashore. As a result of this morality, bathing boxes had their origins not only in Australia but concurrently on the beaches of England, France and Italy. European bathing boxes exist to this day.

The 82 Brighton bathing boxes are unique because of their uniform scale and proportion, building materials, sentry order alignment and a Planning Scheme Heritage Overlay on a beach owned by Bayside City Council. As simple structures, all retain classic Victorian architectural features with timber framing, weatherboards and corrugated iron roofs. They remain as they did over one hundred years ago, as licensed bathing boxes. No service amenities such as electricity or water are connected.

Although approximately 1,860 bathing boxes, boatsheds and similar structures are located around Port Phillip Bay and Western Port, the Brighton bathing boxes are the only remaining structures of their kind close to the Melbourne central business district. As a functional remnant of a bygone era, they provide a cultural and historical resource that is constantly being photographed, painted or drawn.

Licensees choose to differentiate their bathing boxes with minor structural, artistic and colour variations. When viewed together they turn the beachscape into a collective work of art that can change by the hour according to season, light and colours.

Built well over a century ago in response to very Victorian ideas of morality and seaside bathing, the bathing boxes remain almost unchanged. All retain classic Victorian architectural features with timber framing, weatherboards and corrugated iron roofs, though they also bear the hallmarks of individual licencees' artistic and colourful embellishments.

Thanks to these distinctive decorations, the boxes turn the Brighton seaside into an immediately recognisable, iconic beachscape that can transform by the hour according to season, light and colour. Just try to resist pulling out your camera and snapping away.